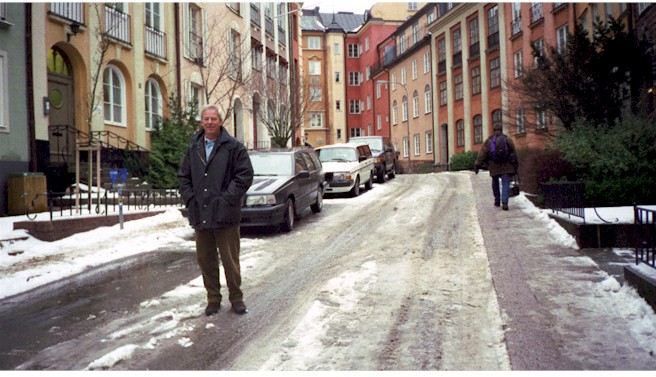 I stayed with my friend Claes in Stockholm he had an extra apartment on this street which was mine for the night.  We ate lunch in a little restaurant overlooking the harbor... 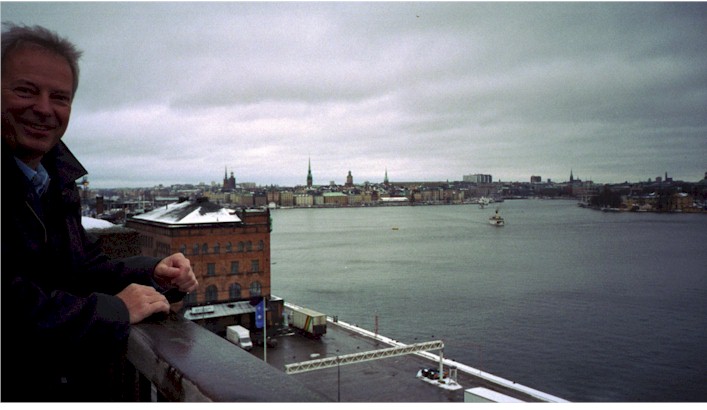 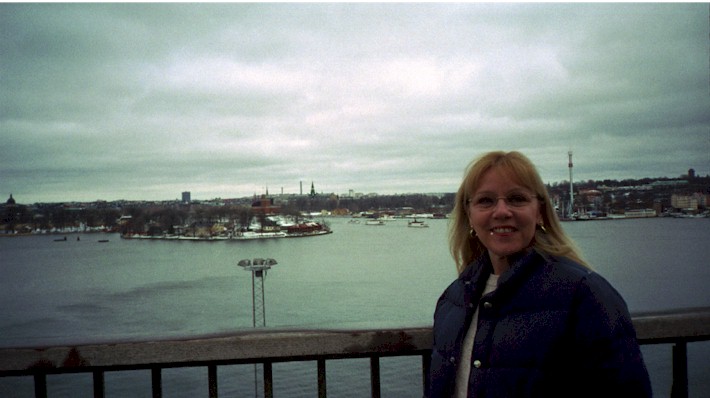 Claes has a beautiful house which he built on one of the little islands around Stockholm and he took me to see it: 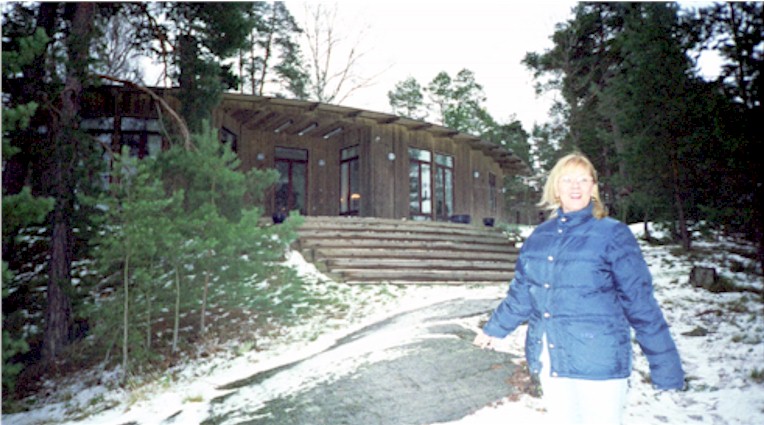 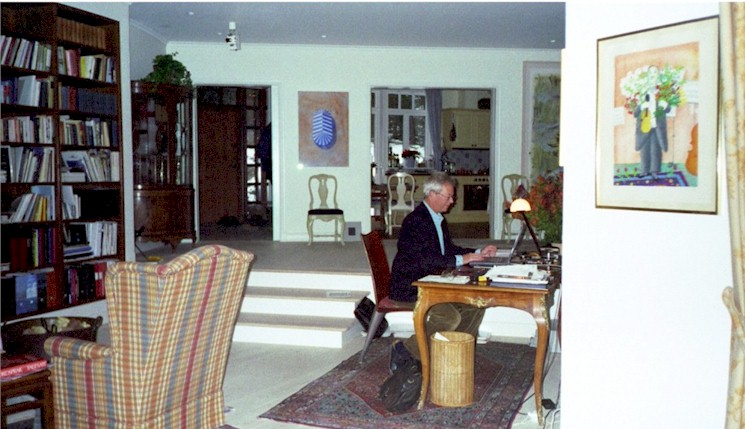 Later that night we wandered around the old town and had a lovely dinner that featured a vegetable called Black Root which I had never eaten before and which was very delicious.

The next day we had more snow and Claes and I went out walking and looking for our breakfast.

Paula, who is Claes' girlfriend had just flown in from the USA and needed to get some sleep.  Since they were giving a party that night Claes and I did the shopping... 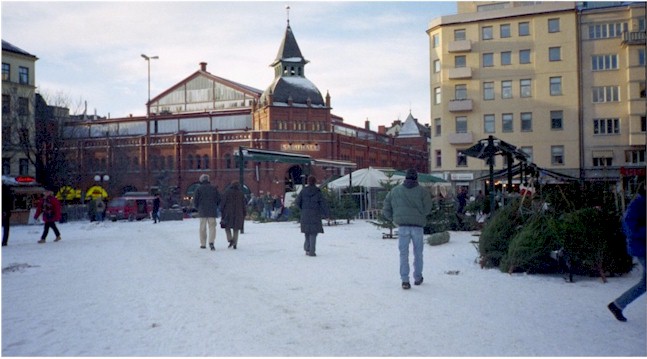 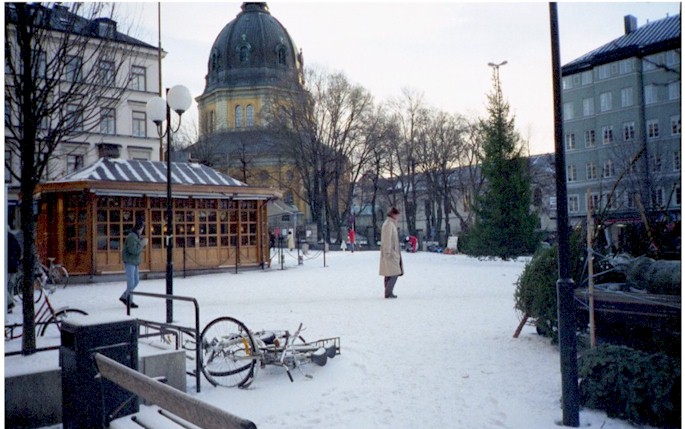 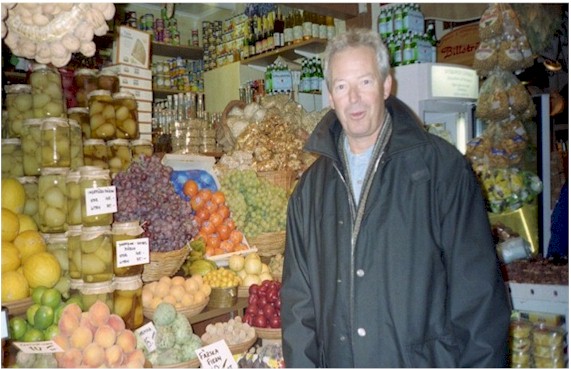 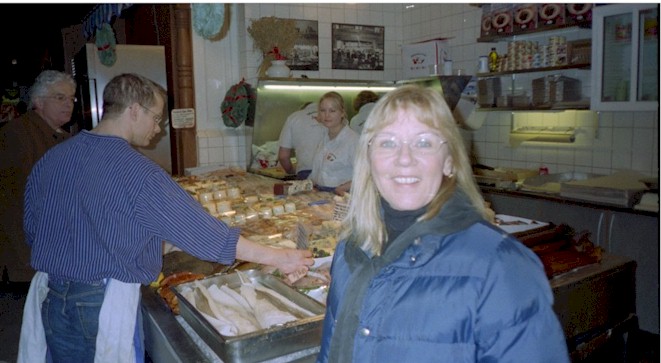 Then we went back to Paula's apartment where the party was to be... and we had coffee and Glug (a wonderful drink in the cold!) 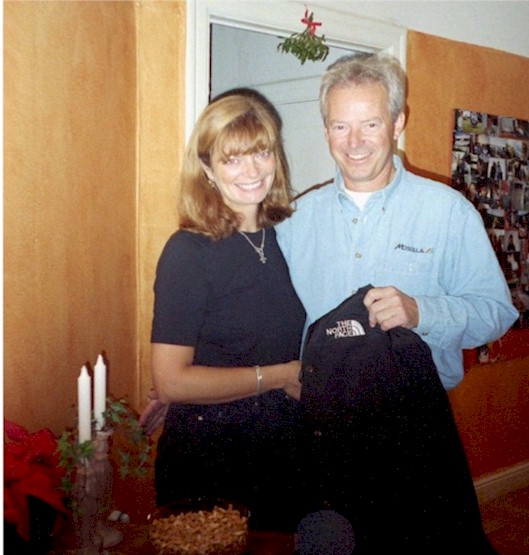